Registration for Monstrous Women: A Feminist Approach to Myth and Magic is open. There will only be two sections available; time and day for workshops will be determined according to participant availability.

The Fall workshop will be thirteen weeks long and include five modules: The Shifting Shapes of Animal Brides, Wicked Queens and Witchy Women, The Seductive Allure of the Femme Fatale, Weeping Women and the Female Descent into Madness, and The Monstrous Female Unveiled. The maximum word count will be 3,500 words for each module. The portfolio will include 2-3 revisions (10K max) and these sessions will take place over the course of the final two weeks. Workshops will begin the third week of September and will run through mid-December. There will be no workshop during the week of Thanksgiving in the United States (Nov. 25-Dec. 1). The price is $550 with a 10% discount for returning participants.

Monstrous Women: A Feminist Approach to Myth and Magic

REGISTRATION: To save a seat for Monstrous Women: A Feminist Approach to Myth and Magic, send an email request for an invoice to Carina Bissett at cmariebissett@gmail.com. The fee to attend the workshop is $550, payable to cmariebissett@gmail.com via PayPal. There is a $100 non-refundable deposit required to hold your spot with payment in FULL prior to the first class. Returning students receive a 10% discount. Space is limited. 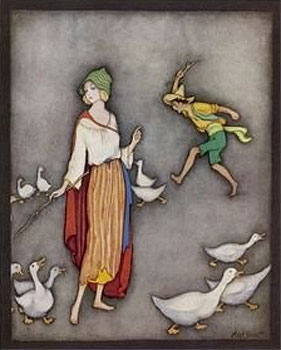 Hello everyone. The workshops for the fall section of Intersections: Science Fiction, Fairy Tales, and Myth filled up fast. I only have ONE seat left for the 6:30-9 pm (MST) session on Thursday night.  The dates we will be meeting online are 9/12, 9/19, 9/26, 10/3, 10/10, 10/17, 10/24, 11/7, and 11/14. (NOTE: This ends up being in mid-morning the following  day [Friday] for participants in Australia.) We will be working with six fairy tales, and participants will be getting a second round of critique on two to three of those stories during the portfolio weeks. Time is running out. I hope you’ll join us. It’s going to be fun!

On a side note, if there is enough interest, I may open up another morning or afternoon section on Thursday or Friday. TBD

It’s been a great year for participants of Storied Imaginarium workshops. The Fall workshops for Intersections: Science Fiction, Fairy Tales and Myth are filling up fast.  There is only one seat open in the Thursday evening workshop (6:30-9 pm MST) and two seats open in the Tuesday mid-morning workshop (10 am-12:30 pm MST). The third workshop will most likely be held either Tuesday or Thursday afternoon, depending on participant availability.

In the meantime, enjoy these wonderful stories that originated in past workshops. Welcome to the Storied Imaginarium. 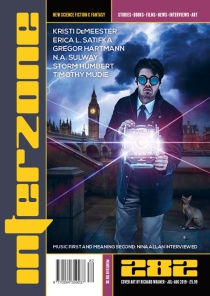 “Within This Body of Stone I Scream” by Cassandra Schoeber, The Arcanist, August 2019. (Intersections: Golem Myths and Ancient Viruses & the Spark of Life)

“Beneath Her Skin” by KT Wagner, The Twisted Book of Shadows, edited by Christopher Golden and James A. Moore, October 2019. (Monstrous Women: Matriarchal Monsters and First Females) 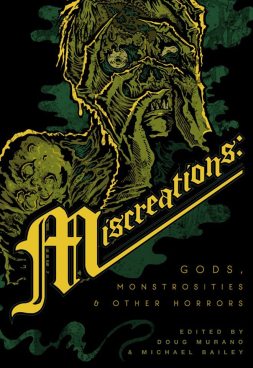 Registration for the Fall session of Intersections: Science Fiction, Fairy Tales and Myth opens on July 15. There will only be three sections available; time and day for workshops will be determined according to participant availability.

The Fall workshop will be ten weeks long and include six modules. The maximum word count will be 3,000 words for each module. The portfolio will include 2-3 revisions (10K max) and these sessions will take place over the course of two weeks. Workshops will begin the second week of September and will run through mid-November. There will be no workshop during the week of the World Fantasy Convention (Oct. 28-Nov. 3). The price is $500 with a 10% discount for returning participants.

REGISTRATION: To save a seat for Intersections: Science Fiction, Fairy Tales and Myth, send an email request for an invoice to Carina Bissett at cmariebissett@gmail.com. The fee to attend the workshop is $500, payable to cmariebissett@gmail.com via PayPal. There is a $100 non-refundable deposit required to hold your spot with payment in FULL prior to the first class. Returning students receive a 10% discount. Space is limited. 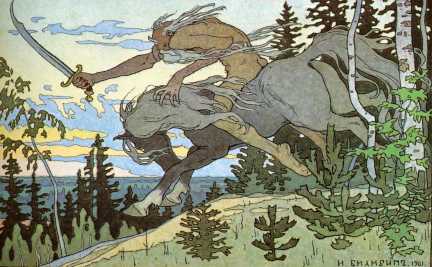 We have all heard of Baba Yaga at some point — in art, literature, even gaming.  But Russian lore talks about a lot of interesting witches and sorcerers, about going on life-changing quests and completing impossible tasks.  However today we will be looking at one in particular — a certain immortal sorcerer who murdered a prince over and over again until he was defeated.  I am, of course, talking about Ivan and Koschei the Deathless.

Their story begins with Ivan’s parent’s death.  Ivan’s sisters marry wizards disguised as birds and, after discovering how lonely it is being, well, alone, Ivan sets out to find them.  He meets Marya — a warrior woman — along the way whom he marries.  However, Marya sets off to war, warning Ivan to not open a specific door.  Which, no surprise, he does.  Ivan discovers an old, withering man, draped in a dozen chains, begging for water.  Ivan brings him barrels of it, which the man uses to revive himself, shedding his disguise, breaking his chains, and revealing himself to be none other than Koschei the deathless.  Koschei swears he will kidnap Marya for revenge and disappears, leaving Ivan alone in the now empty room.

This is where the crazy adventure begins.  Ivan finds them, saves Marya, only to be caught by Koschei’s faster horses and then murdered.  Each time he is killed, however, one of this sisters’ husbands save him until eventually they tell him of a faster horse he can find if he only visits Baba Yaga.  So, Ivan sets off to Baba Yaga’s house, survives and passes her three tests, and obtains his incredibly fast horse.  He then sets out to save Marya and, eventually, kill Koschei the Deathless once and for all.

Their story is one of adventure, death, and impossible tasks.  Koschei the deathless could not defeat Ivan in the end, despite being all-powerful and immortal.  And though he was defeated in the end, he will live on in stories as the evil sorcerer, waiting to send the young hero on his quest of self discovery.

Today is the day — the first of two — in which the Earth’s equator passes directly through the center of the sun, causing the day to be balanced in both light and darkness.  This phenomenon is called the Equinox — more specifically, the Spring Equinox.  Days like today were rife with superstitions and myths and legends and everything in between.  However, today we will be looking at another couple of myths from around the world  that talk about the change of seasons.  Last time we took a look at both Chinese and Greek mythology — at the kidnapping of Persephone and at the candle dragon himself.  But now?  Now we will see what the Canaanites believed as well as the Norse in regards to the change of seasons.

According to Canaanite beliefs, the changing of the seasons happened after Baal — the god of storms — defeated the god of the sea to become king of the gods.  Baal thought himself to be above all, and so he ordered that Mot, the god of the dead, was to not set foot anywhere on the earth except for the desert.  Mot, forced to wander the desert, turns around and invites Baal to the Netherworld for a “visit.”  Baal is, in turn, forced to go in order to save face as the new ruler of the gods, however when he gets there, Mot tricks him into eating the food of the dead: mud.  Thus, Baal is trapped in the underworld and the world dries up into an eternal summer — crops do not grow, the land becomes scorched, and the heat causes the waters to dry.  While Baal is away, Baal’s wife — Anat — prays for her husband’s release.  The gods refuse to help her, so she herself descends to the Netherworld to plead with Mot directly. Mot of course refuses, and thus an infuriated Anat battles the god of the dead and defeats him, wounding him so badly he cannot stop her from taking Baal away.  Rains were restored, but because Baal ate the food of the dead, he is required to spend a part of every year in the Netherworld, and at summer’s end he can come back and heal the world once more.

Our second myth today is a funny one, since many versions of this myth exist and they all contradict each other.  The beginning is usually the same: either Frigga (Baldur’s mother), Odin (Baldur’s father), and Baldur himself begin to suffer from nightmares about Baldur’s death.  Frigga goes around and has every living and non-living thing swear that no harm will come to Baldur — with the exception of mistletoe.  The other gods make a game of throwing things at Baldur and watching them bounce off harmlessly until Loki convinces a blind Hodr (in some versions of this myth, he is Baldur’s brother) to throw a spear that Loki guides.  This spear is made of mistletoe, and when it pierces Baldur’s chest, he drops down dead. 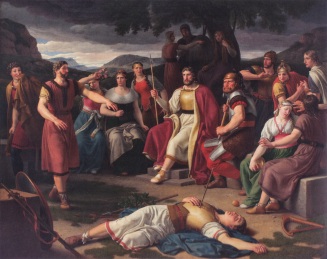 This is where the myth changes.  In some versions, both Hodr and Baldur die — Hodr being killed for murdering his brother.  In these pre-Christian versions, Frigga begs Hel to release them and they are allowed out — separately — for half of the year only.  Hodr, because he is blind, is associated with darkness and explains the winter seasons while Baldur was described as a god of light and therefore was the other half of the year — summer and spring.  Other post-Christian versions of this myth tie Baldur to Christ in that he will only rise once more after Ragnarök, returning from the land of the dead.  However, these post-Christian versions also depict Baldur as being passive as objects are thrown at him while pre-Christian versions show him as being battle-ready at all times.

These myths from both Canaanite and Norse mythos are both examples not only of spring/seasonal myths, but also show how myths have changed over time.  From Baldur’s myth which has so many versions including his rebirth, to the myth of Baal which has many versions as well — including one where every seven years the two fight, the winner deciding if there will be a good season or a drought.  The truth is, there were many myths, legends, fables and stories, some of which do in fact explain away the changing of the seasons.  But let us remember today that with the start of spring, there is a god walking out from the land of the dead somewhere.  And whether they be Persephone, Baldur, Baal, or some other god/goddess, let us rejoice with the return of all things green and celebrate. 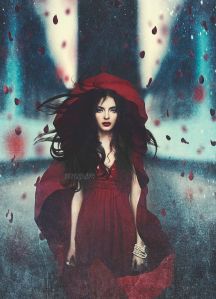 Registration is open for the second Spring section of Intersections: Science Fiction, Fairy Tales and Myth. This generative workshop will be held from the first week in April (1-7) through the third week of May (13-19). No workshop during the week of May 6-12 due to StokerCon. The themes for this section include “Bluebeard” & DNA Databanks; “Thumbelina” & Microbes and Mites; and “Little Red Riding Hood” & The Natural History of the Color Red. There are a couple of open seats in the Monday session (2-4:30 pm MST) and a possible opening in the Tuesday session (12:30-3 pm MST). I will consider opening an additional session on Wednesday (1-3:30 or 2-4:30 pm MST) depending on interest. The Thursday evening session is FULL.
Note: This fairy tale art is by Amanda Diaz Photography. Her work is gorgeous and, best of all, she offers photography workshops. You can see more of her work on her website.

The Storied Imaginarium
Blog at WordPress.com.