“Beneath Her Skin” by KT Wagner 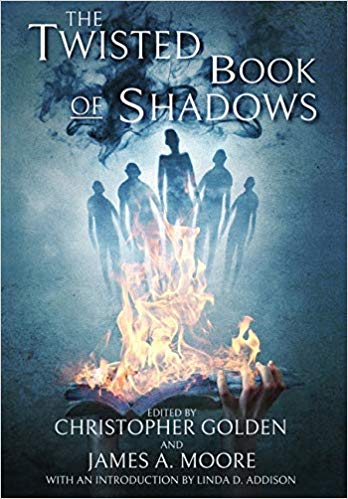 Storied Imaginarium alumna KT Wagner has published her story “Beneath Her Skin” in The Twisted Book of Shadows, edited by Christopher Golden and James A. Moore. This creepy tale had its origins in the Monstrous Women module Matriarchal Monsters and First Females. The anthology is also a Bram Stoker Awards® nominee. If you are interested in how a story evolves from a workshop prompt to draft and then revision, KT shares her journey in the following writer’s reflection.

Inspiration: I’m drawn to mythological stories about women who protect other women and how they are portrayed, which is often as monsters. I’m also fascinated by the complexities of mother/daughter and other female relationships, and that’s the starting point for much of my fiction. The seeds of this story were sown when I considered how a harpy or fury-like creature might react if both the perpetrator and the victim were female.

Workshop to Publication: I revisited and rewrote the story several times over about a twelve month time frame, which is my usual process for stories that are longer than flash. The Twisted Book of Shadows was the first time I submitted it and, almost a year later, it was accepted for publication. A panel of editors read all submissions blind.

Here are a few resources on Matriarchal Monsters and First Females from the module for those of you interested in trying your own hand on the subject:

KT Wagner writes speculative fiction in the garden of her home on the west coast of Canada. She enjoys daydreaming and is a collector of strange plants, weird trivia and obscure tomes. KT graduated from Simon Fraser University’s Writers Studio in 2015 (Southbank 2013). Her short stories are published or podcast at Daily Science Fiction, Factor Four, The Twisted Book of Shadows, The Centropic Oracle, Toasted Cake and several anthologies. She’s currently working on a scifi-horror novel. KT can be found online at www.northernlightsgothic.com and @KT_Wagner.