The Folklore of Teeth

Over the course of history, teeth have played such a unique role in folklore and myth.  From the idea that a large gap between the teeth symbolizes luck in life to large teeth meaning physical strength, humanity has always had some form of obsession with teeth and, of course, what happens to them once they fall out.  But where did it come from?  How have we gone from a world in which our teeth symbolize something more than just a tool for eating to becoming part of popular customs such as leaving them beneath our pillows in hopes of being visited by the Tooth Fairy?

There are multiple traditions spanning across cultures that have been followed throughout the centuries, and they’re all so very different.   From England where children were instructed to burn their baby teeth in order to be saved from hardship in the afterlife, to the Scandanavian culture where strings of teeth belonging to children were worn around the neck in order to bring good luck in battle, all the way back to medieval Europe where the burning of teeth was a tradition in order to keep witches from having total and complete power over you, each culture brings something unique and different to the already expanding lore on teeth.

Though the biggest piece of lore revolves around – what would be eventually known as – the Tooth Fairy.  But where did the fairy come from?  She is seen as a more American myth rather than as a world tradition, however she is present in other forms in different cultures.  In Spanish and Hispanic American cultures, Ratoncito Pérez is a popular figure that originated in Madrid in 1894 in which a child places a tooth beneath their pillow so that Ratoncito Pérez may exchange it for a gift.  In Italy, his name is Topolino, in France and French-speaking Belgium his name is la petite souris, and from parts of Lowland Scotland he is simply known as “a white rat who purchases children’s teeth with coins.”  Even in some Asian cultures, such as India, China, Japan, Korea, and Vietnam, when a child loses a tooth it is customary to either throw it onto the roof – if it came from the lower jaw – or into the space beneath the floor – if it came from the upper jaw – while shouting a request for the tooth to be replaced by the tooth of a mouse.  One thing seems to be a common theme and that is the fact that the Tooth Fairy is actually a mouse.

One of the most widely practiced rituals involving teeth – one that has been documented across the globe from Russia to New Zealand to Mexico – involves the offering of the lost tooth as a sacrifice to either a mouse or rat.  This ritual – generally accompanied by some form of prayer – is performed in the hopes that the child’s adult teeth will grow in as strong and sturdy as the rodent’s.  This concept is known to as a “wish for transference,” otherwise known as “sympathetic magic.”

It’s clear that teeth have become an object of mystery and magic, leaving different cultures to believe in different folklores around the globe – though the idea that a mouse or rat is associated with most of them is quite astonishing.  So tell us, what do you believe?

Tooth Fairy in popular culture – there have been several movies and books that have dealt with the folklore of the Tooth Fairy and teeth themselves, from the horror movie “Darkness Falls” to the Rock’s family comedy “Tooth Fairy,” she (or he) has appeared in various forms.  A couple of popular books featuring the Tooth Fairy is “What-the-Dickens: the Story of a Rogue Tooth Fairy” by Gregory Maguire and of course you have “the Daughter of Smoke and Bone” by Laini Taylor where teeth are currency and have their own sort of magic. 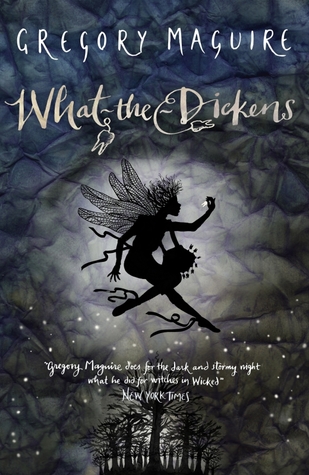 For more information about the Tooth Fairy and its folklore (sources):

A French Lesson on the Little Mouse